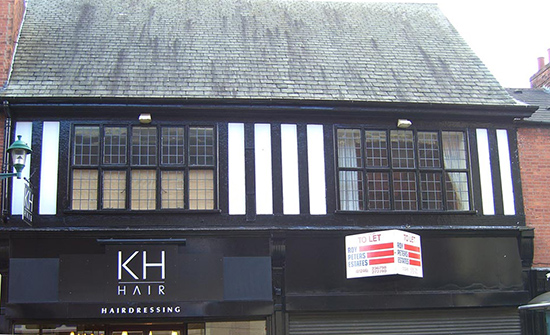 The simplest of the buildings with black and white decoration. 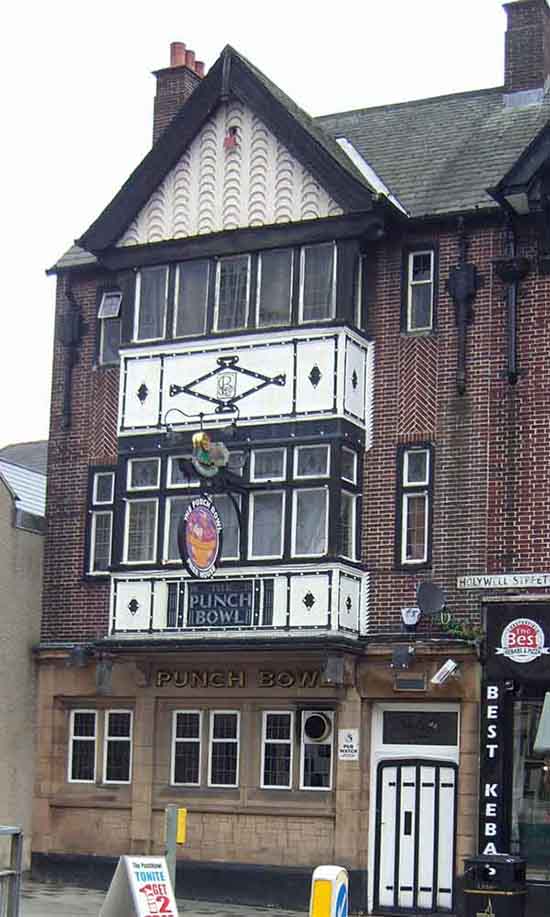 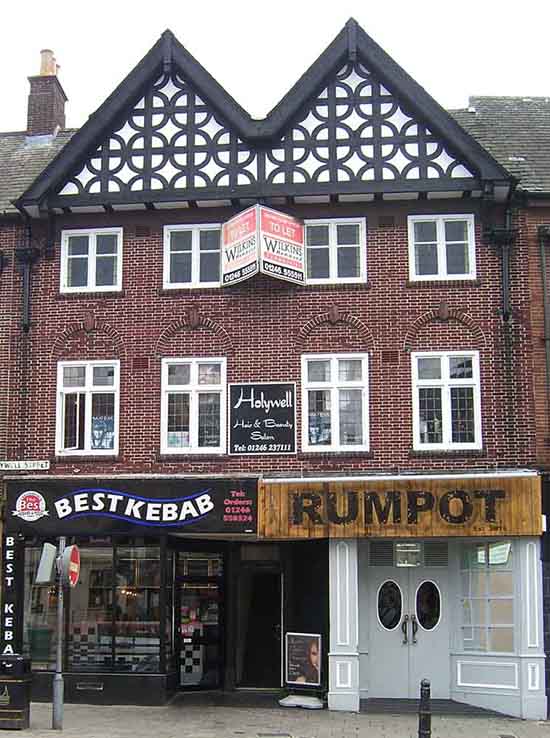 Still remembered in the town as the home, in the 1950s and 1960s, of Ellis Travel Bureau and the Wimpy Bar. 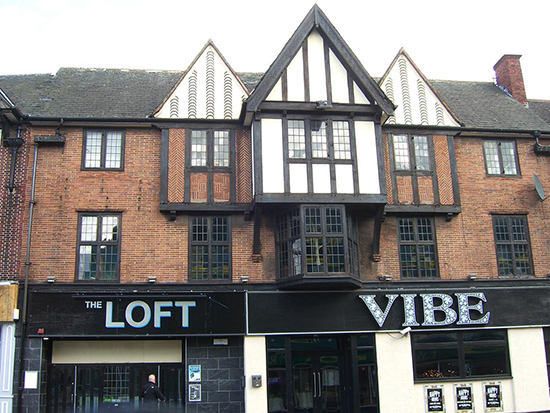 Another Arts and Craft building of the highest quality. Designed by Wilcockson and Cutts for the Chesterfield Borough Council to serve as the Electricity Board Showrooms. 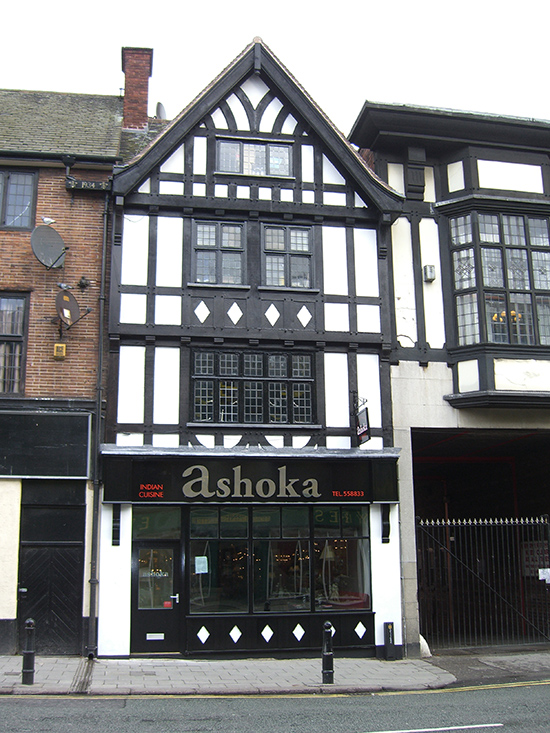 Originally a newsagent this became the Taj Mahal before becoming the Ashoka. The first building in the town to benefit from the Townscape Heritage Initiative which provided grants towards the restoration of heritage aspects of selected buildings in the town centre. 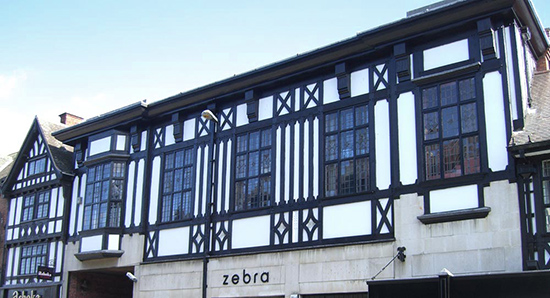 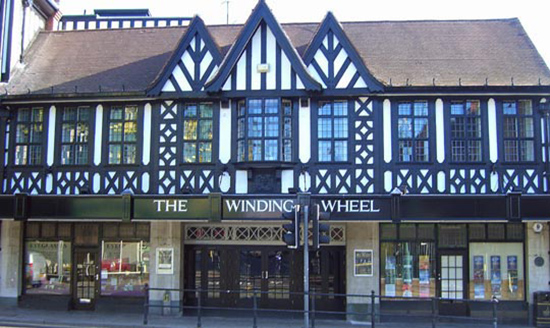 Built as the Picture House in 1923; notice the letters PH in the black rectangle beneath the middle window. It was designed by Sheppard of Sheffield for the Chesterfield Picture Company. It was renamed the Odeon in 1936 when it was taken over by the Odeon Circuit. The cinema closed in 1981 and remained empty until the building was bought by the Council in 1985 and opened as an exhibition and conference centre. Grade II listed. 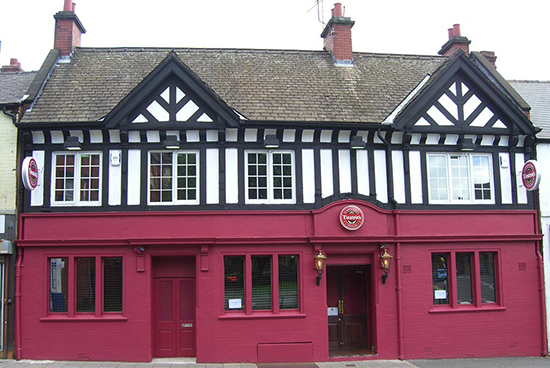 Originally the Buck (William Stones Ltd. 1910) – the first one in the ‘house’ style and the smallest. 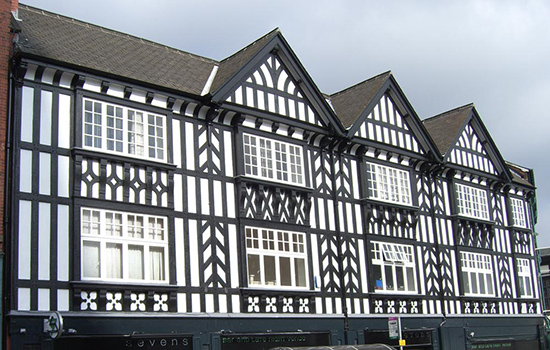 By contrast the Lord Nelson was the last and the largest of the William Stones Ltd. public houses in the town centre. The premises include a snooker hall.