On October 27th 1911 an exhibition match was played between E. Rudge, the champion of South Yorkshire, and P.W. Hughes, a leading Yorkshire professional from Leeds, to mark the opening of a temperance billiard hall to the rear of 11 Knifesmithgate. Ernest Rudge was soon recognised as the best billiard player in the area and a promising young player, Joe Davis, was taken by his father to see if Rudge would give him lessons. The rest is history! In 1913, aged 12 years, Davis scored his first 100 break. At 13 he won the Chesterfield and District Amateur Billiards Championship. He turned professional when 18-years-old, and became World Billiards Champion in 1928. 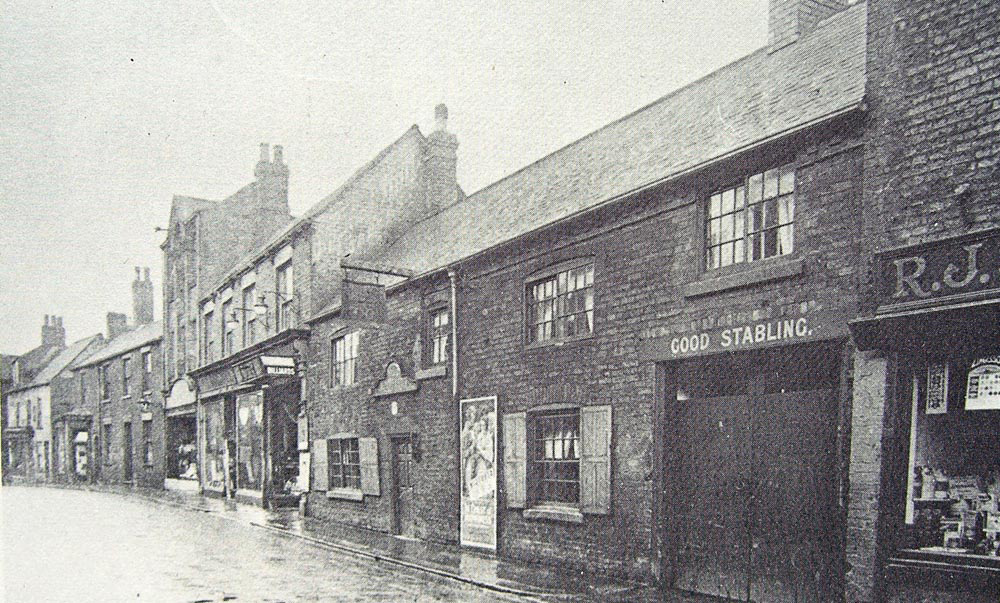 The entrance to the hall was via a passageway, still there today, between the Tool and Mallet public house and 11 Knifesmithgate. The hall itself was one of the buildings that originally formed part of the Victoria Foundry of Oliver & Co. The company then developed new works elsewhere and the Victoria Foundry was sold in 1877.

At some stage a warehouse was erected over the building which formed the hall.

Planning permission was given for the warehouse to be converted into a Cinematographic Theatre for Mr Brier of Leeds in December 1911. It was reopened in April 1913 under new management.

In 1920 a new company, Victoria Enterprises, was formed to

Included in the prospectus was an artist’s impression of the new building. 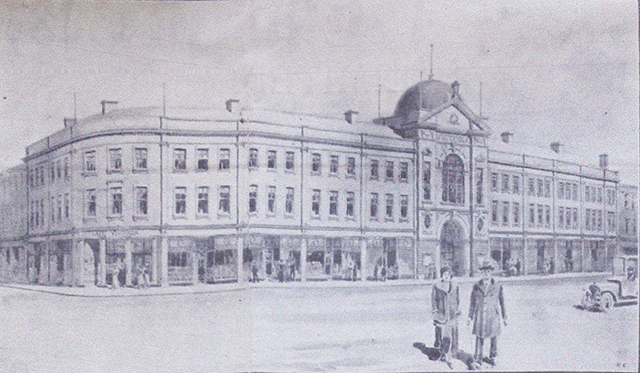 The architect was W. Cecil Jackson (although the architect was given as Jackson, his health was deteriorating and before his death in 1926, he made William Fryer his partner and it was Fryer who oversaw the construction of the buildings from the Victoria to the Gas Board Showrooms). This was the description.

The handsome block of buildings will stand upon 1,940 square yards, and will comprise Cinema House to seat 2,000 persons, large Billiard Saloon for 35 tables with private and exhibition rooms, large Café, Restaurant, Smoke Room, Tea Room and Ball or Assembly Room. The whole throughout will be fitted and decorated in the latest and most up-to-date manner. In addition to the above, there will be nine double fronted shops, with spacious cellars, the rent of which will bring in adequate return.

The plans of the building have been approved by the Corporation.

The cinema and billiard hall closed in July 1924 for reconstruction and re-opened in December 1924. On the ground floor, the large billiard hall had 20 tables. It was important that the building was erected as quickly as possible: billiards was probably at the height of its popularity due to the success of Joe Davis and, also about the same time, plans were being submitted for another cinema in the town, the Picture House (which is now the Winding Wheel). The design of this competitor may also have influenced the new design for the Victoria.

The rest of the complex was rebuilt as Knifesmithgate was widened. Finally in 1930, the rest of the building housing shops and Barclays Bank, was completed. Accommodation included a café on the first floor, with a ballroom for 500 on the floor above 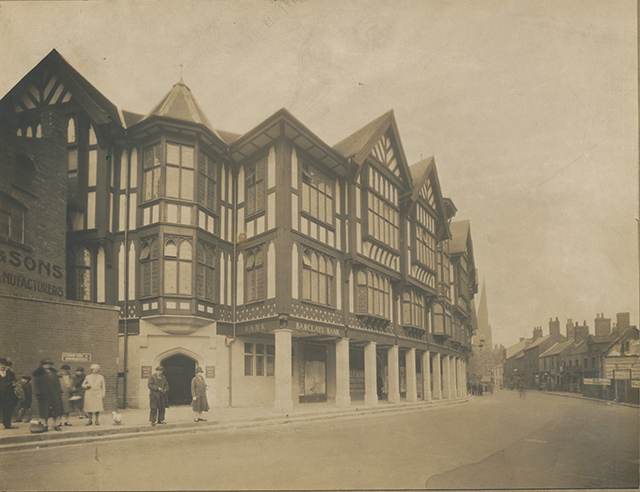 In 1956 Victoria Enterprises was sold to the J Arthur Rank organisation. The site comprised the cinema, which was renamed the Gaumont, ballroom, café, billiard hall, snack bar, sweet shops,and included a furniture store and property on Elder Way. Shortly afterwards, in December 1957, the Victoria Billiard Hall, where Joe Davis took the early steps which took him to his world-famous professional career in billiards and snooker, closed after nearly 50 years and was converted into a bingo hall. In January 1965 the Gaumont closed as a cinema and the bingo club was moved upstairs until it too closed and much of the interior was gutted.