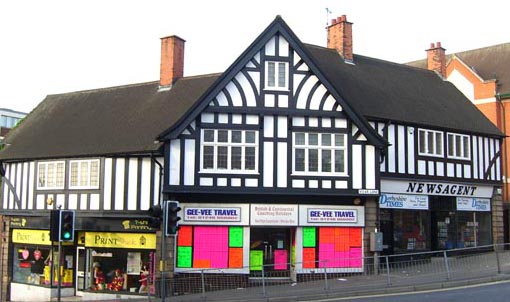 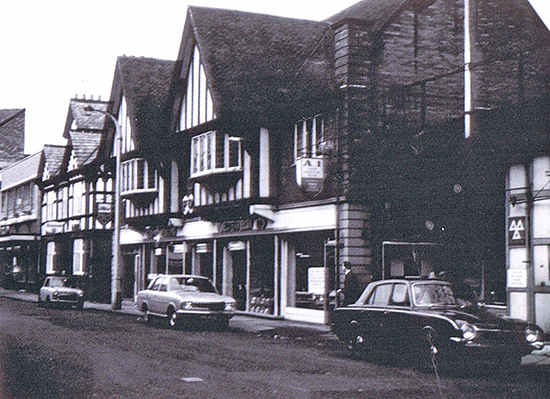 Today you would be unlikely to see a garage in a town centre. This service depot was opened by Kennings in 1923. Demolished to make way for the Vicar Lane redevelopment 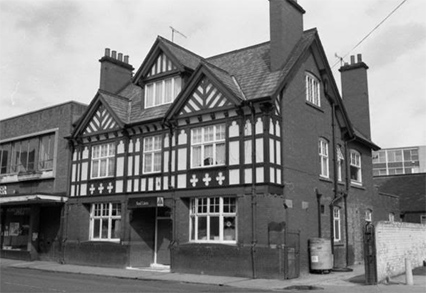 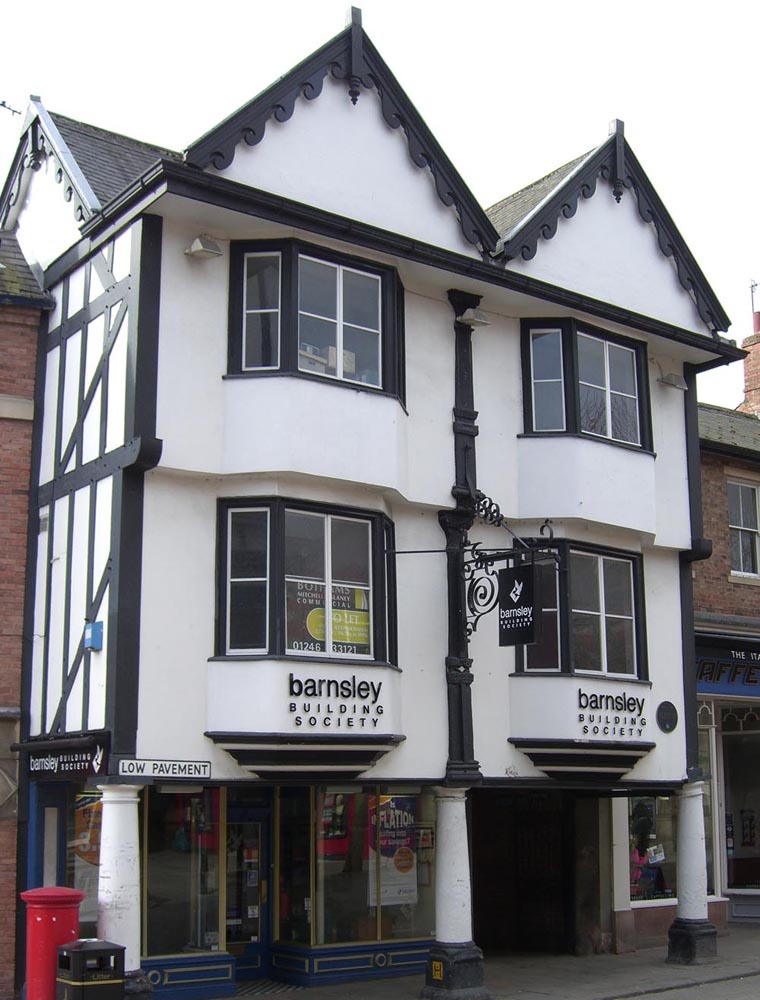 The Barnsley Building Society, at the junction of South Street and Vicar Lane, was originally a coaching inn, the Falcon, built about 1600. Later it became the Everest Dining Rooms but many local residents remember it as Boden’s Fish Restaurant. Although it is one of the three timber-framed black and white buildings in the town, the black and white decoration only dates to the early 19th century. The timber frame can be seen in the ceiling of the office. 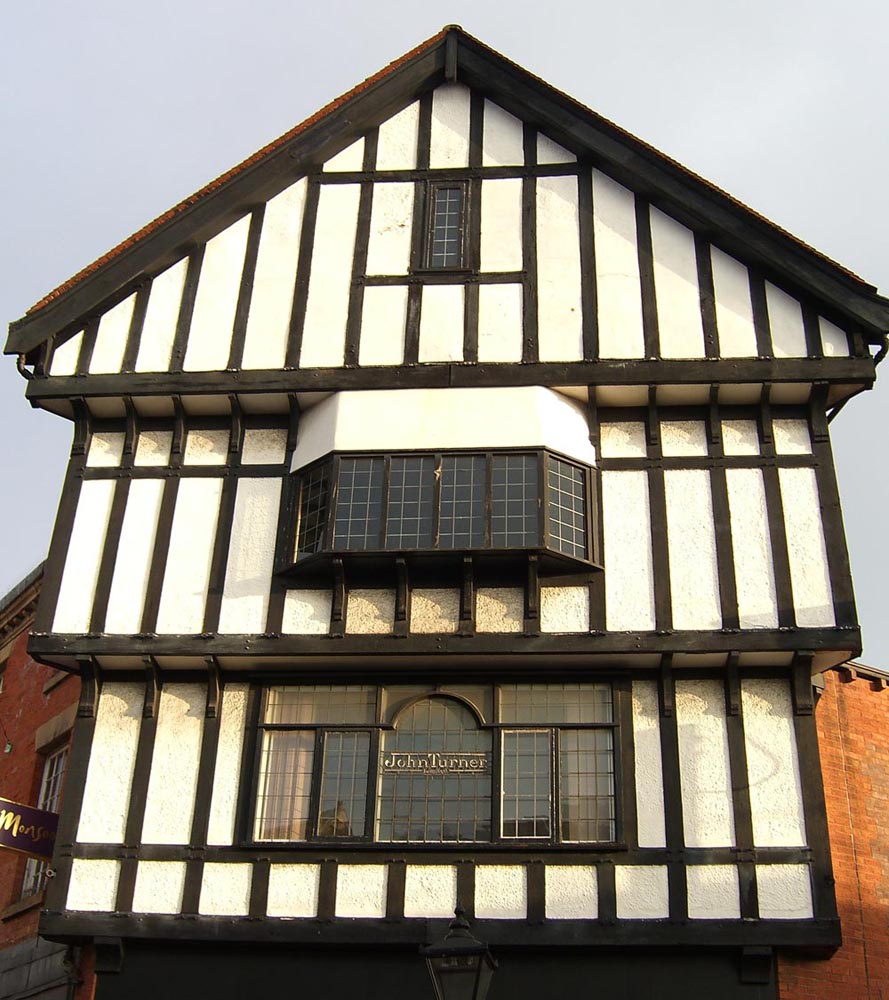 This was originally John Turner’s department store. When it was finished in 1924 the wall between it and the adjacent Red Lion also had black and white decoration. The window on the first floor retains the name. Before the street improvements of the 1920s Vicar Lane was a mere 11 feet wide at this point. 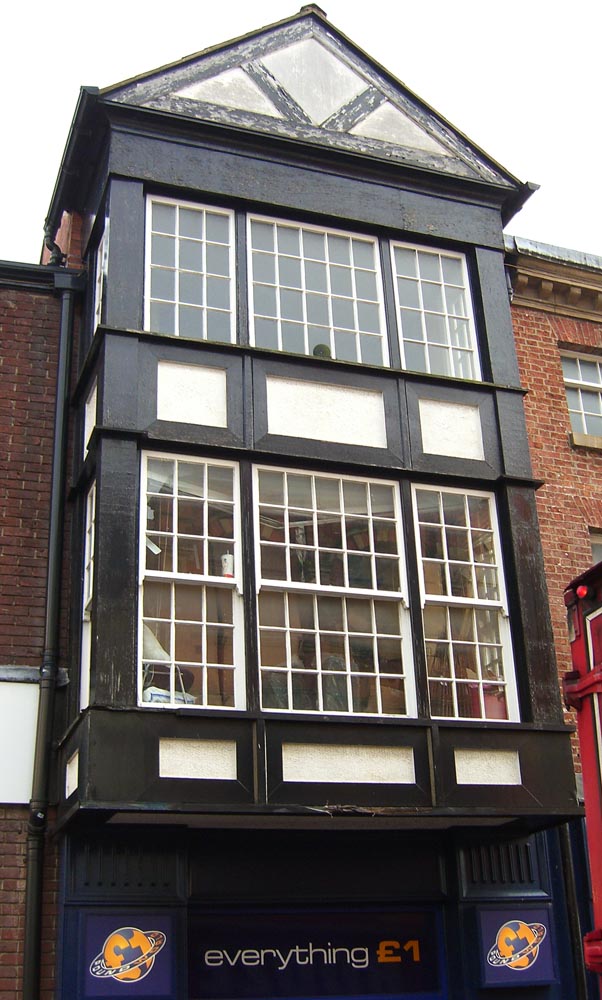 The black and white decoration is thought to date to the late 1960s when John Turner’s was redeveloped. 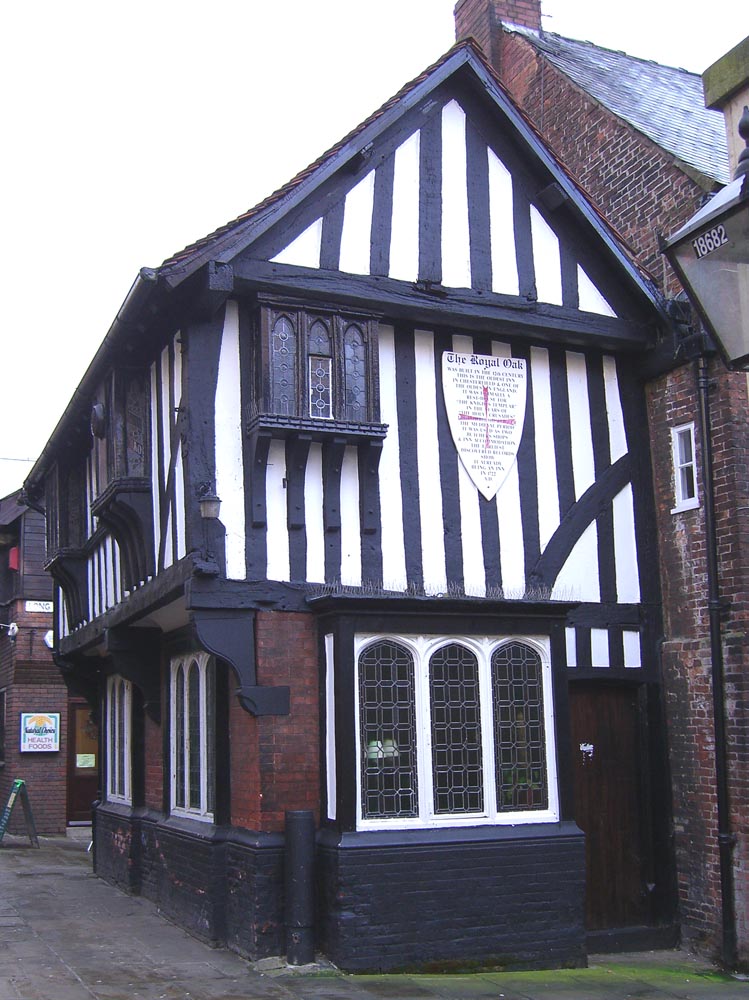 At the junction of the Shambles and Irongate is the Royal Oak, the second timber framed building Although the black and white part of the building may contain some original timbers it was almost completely rebuilt in 1899 after it was purchased by Wm Stones Ltd. – the brick built part of the building is the older. 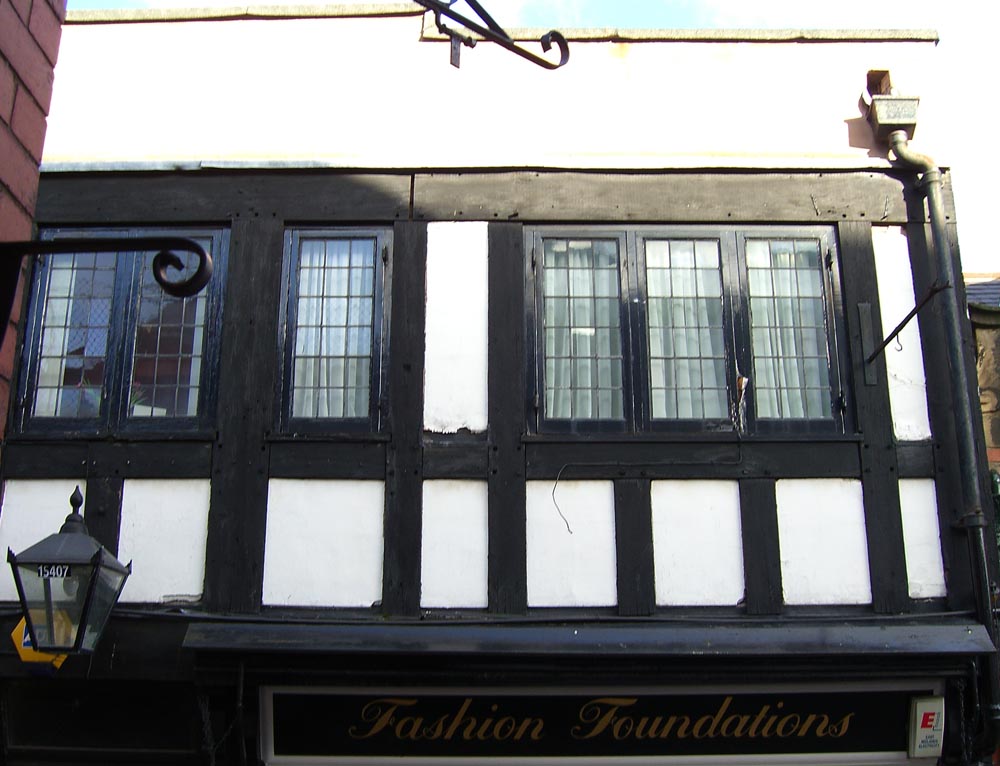 This building spans the space between Irongate and Sowter Street and is unusual in that it is black and white both at the front and the back. 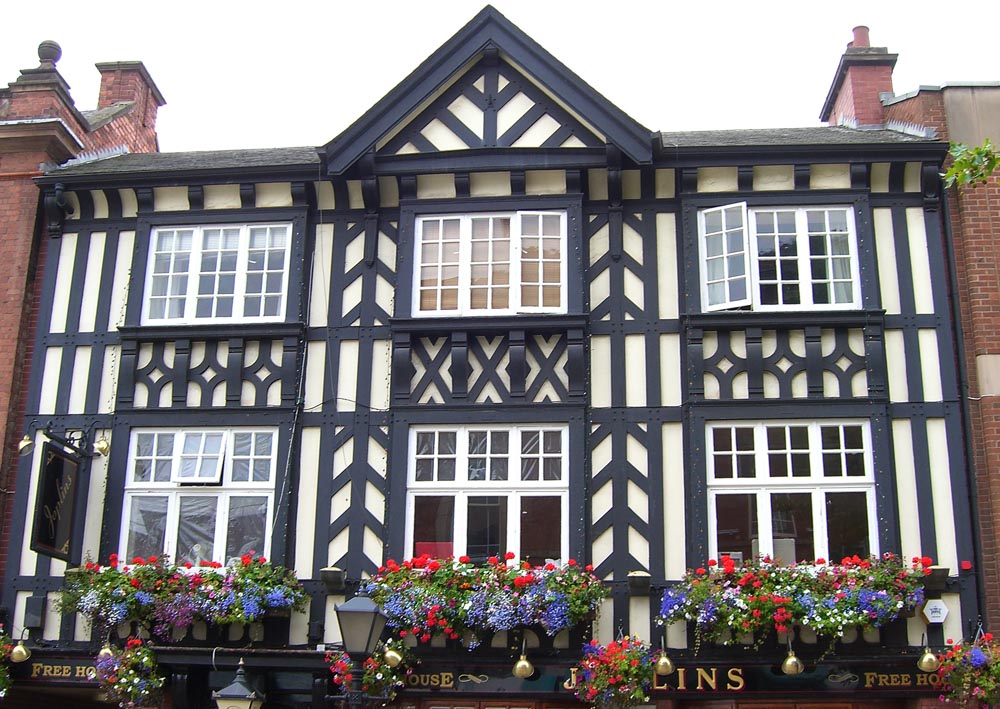 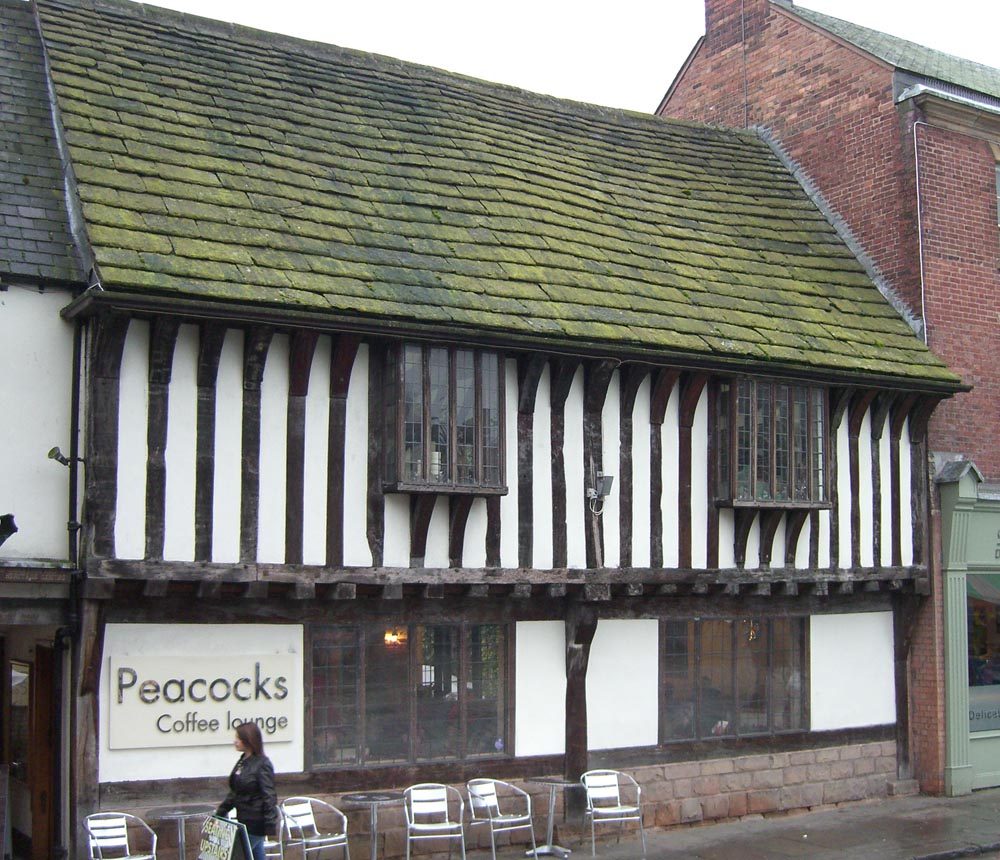 The present building is the remaining two-thirds of a building which was originally built about 1500. Its original use is unknown but it may have been a medieval guildhall. By the 1680s it was the home of two families. From 1800 there was a period of major alterations during which the lost third was demolished. By 1829 part of the building was a public house called the Peacock. About 1880 the building was bought by the local Brampton Brewery and the street frontage was completely remodelled; the timber framing was covered and the ground floor clad with green and cream ceramic tiles. The Peacock remained open as a public house until 1973 and the following year it was damaged by a fire when the timber framing was revealed once more. The rediscovery of the original building played an important part in the opposition to the planned redevelopment of the town centre which would have resulted in the demolition of the Market Hall and many of the attractive buildings on Low Pavement including the Peacock. 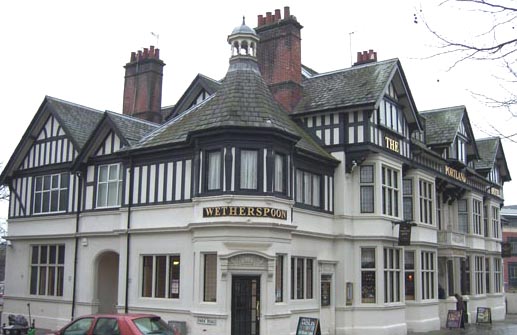 Originally known as the Hotel Portland, the hotel was designed for Wm Stones Ltd. by James Wigfull probably in order to serve the passengers for the Lancashire and East Coast railway, which didn’t reach Lancashire or the East Coast. The terminus, Market Place Station, stood to the right of the Hotel Portland. Notice the carving above the main entrance with the initials WS, the date, 1899, and a cannon for Cannon Ales. Higher still are the figureheads. 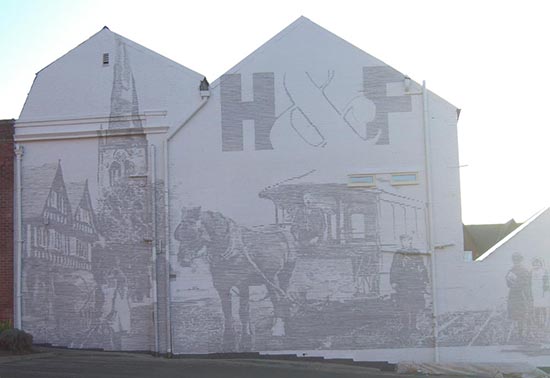